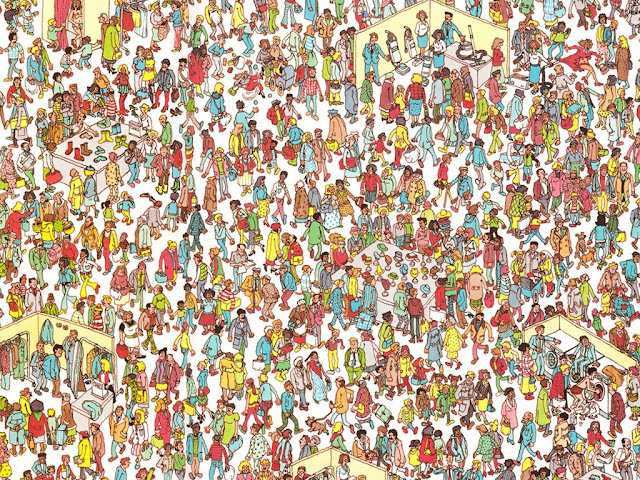 The point of a data slide is a quick, easily interpreted, graphic representation of numerical data. The audience should be able to grasp the meaning themselves within seconds, ideally without guidance or explanation from the speaker.

Unfortunately it is more often like “Where’s Wally?” Go on, where is he? He is the kernel of information you want to transfer as soon as the slide appears. Up there, beside the guy in the red coat, beside the till, not that till, by the socks? By the way there are 891 people in this chart, 27% are wearing red, 18% white and 14% a hat. But Wally, he is…er…. There!

This is a concept known as signal to noise ratio, where extraneous information obscures the import of the data being delivered. Importantly it doesn’t mean that the other information there is meaningless. 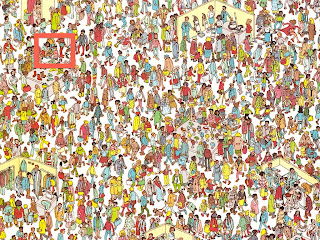 Some people add clues to help.

But you could actually just make it obvious. 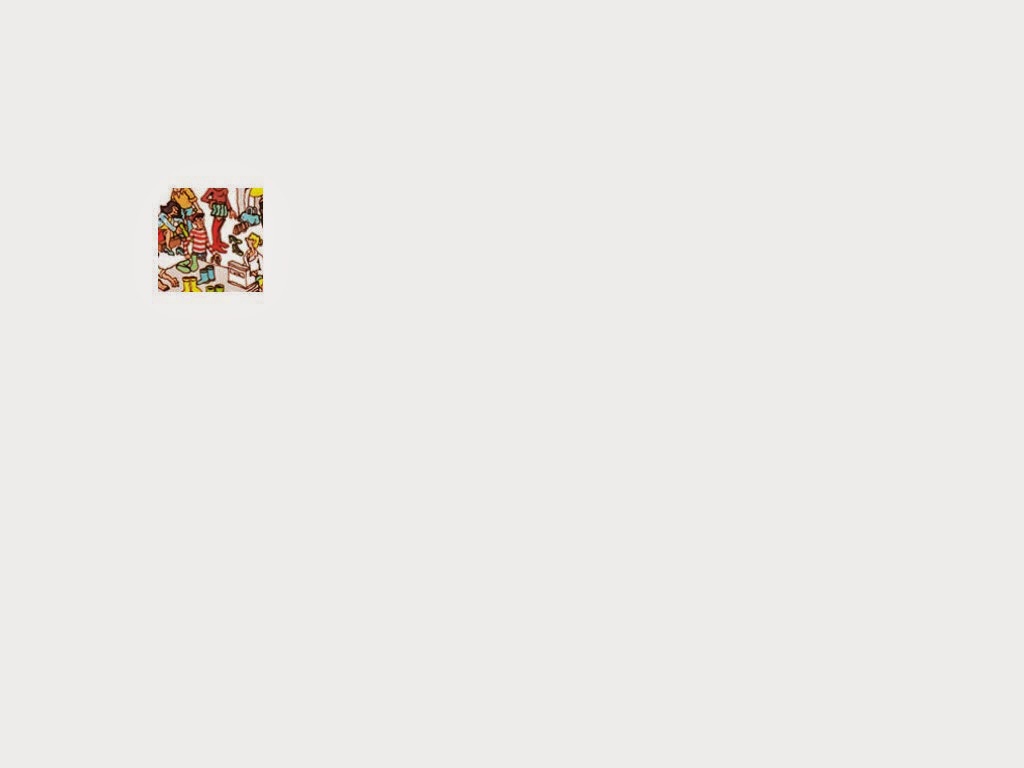 Why not take the strain out of data slides?