Afraid of public speaking? Why?

Fear lives in the amygdala. Once a stimulus is received the output is massive stimulation of the sympathetic nervous system with fast heart rate, high blood pressure (the pounding in your head and chest), extreme focus (blinding you to anything other than close images), markedly increased muscle tone (shaking and trembling), poor cognition and memory function and extreme threat awareness. You are ready to fight or run, whichever is and certainly not the ideal state for delivering an ideal presentation. This is an autonomic response and hard wired for threats; we can’t and don’t want to learn that sabre tooth tigers are dangerous. 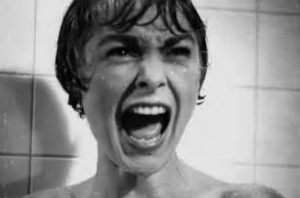 Public speaking though is not a threat to your existence, it is not hard-wired. It won’t kill you, unlike the sabre tooth tiger, despite your feeling that it might. We have learned to be afraid of public speaking. It is an acquired by usually a combination of many factors around operant conditioning. The hippocampus is the source of conscious recollection and it moderates the output of the amygdala. The way to help overcome fear therefore is to learn not to be afraid, to go through the problem, live and learn that we won’t die. The majority of excellent speakers do not show fear on stage. Trust me, they feel it but their hippocampus is moderating the output. Do you want to know the secret? Practise.

Practising a talk and practising effectively involves evoking that fear by doing the performance in as real a way as possible. Simply reading it out from a laptop is not the same and does not work to cut the fear of public speaking. Delivering under pressure and not dying allows the presenter to experience some of the fear but also to learn that the task is possible. This is retained in the hippocampus and then, as each delivery is more and more successful, the extreme fear is moderated and the output of the amygdala is reduced. For most presenters, their fear is of delivery and not actually being afraid of the audience themselves. Great speakers still have a raised heart rate, they are focused and alert but this is channelled into their delivery. Practise may not make perfect but it will definitely make you better.

It is also pertinent to question why we have learned to be so afraid of public speaking. It may relate to issues in childhood trying to memorise a poem and perform in public. It may relate to crowd theory that as animals that are preyed upon and so being part of a group offers protection but solitude exposes us to attack. It may relate to competitions in the past. But I would question if any speaker who confesses to fear has actually seen an audience attack, actually experienced threat or truly had a bad response from the audience. For most of us, the fear is self-generated. It is not hard-wired. It can, therefore, be countered.

The audience truly is on the side of the presenter. Even if you have to repeat this to yourself often, it is the case. The sabre-toothed tiger is not present. The amygdala will fire off but good preparation and practise will allow conscious recollection of effective delivery and cut the effect of stress. Many people are afraid of public speaking. it doesn’t have to be that way.