I’m very pleased to offer another guest post on the blog, this time from Dr Simon Saunders @Novomix30 on his experience of improving his presentations. 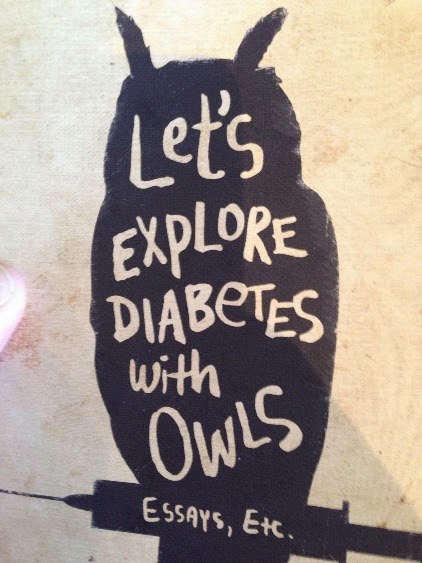 “I had been following @ffolliet and his p3 blog posts for quite some time, interested in what he was saying about how presentations could be different. I, for one, have sat through many “power point” talks which have just been the presenter reading the slides to the audience. I would never quite accuse myself of that, but at times I have relied – or thought I needed to rely – on slides with detail for the audience.

There must be a better way to communicate ideas and information.
So, I decided to make the leap. I was due to present at a Primary Care PLT event (protected learning time), giving an update on diabetes, this was my leap.
I had previously had text based slides which included all the information I was due to present. I thought about how best to tell this story without words, only illustrated with pictures which would prompt me and engage the audience. So I changed 30 slides of text and graphs into 15 slides of pictures. And off I went.
This was my first time doing such a presentation, but I decided to let the audience know this.
Was it easy? Did it work?
It wasn’t hard, but it required me to concentrate on where I was and what I was saying; I guess this is important when you are trying to communicate something! It was, however, enjoyable. It allowed a dialogue between the audience and me. It allowed us to move to related areas. The audience were engaged and involved. The talk ran to time, we covered all the areas I wished to speak about and the interaction was excellent.
Feedback was instant, many audience members came over at the end to say that they felt it was great to be involved and that as there was nothing for them to read- or not as the case may be- they listened and understood.
So, for me, I’m converted. Yes it takes thought and a knowledge of the subject matter. It has to make sense and progress in a way people can follow but it certainly more rewarding from a presenter’s viewpoint. Read the blog, make the leap and involve the owls!”