One small step for @ffolliet, one giant leap for @alicexelizabeth

I fully appreciate that the steps towards better presentations may seem simple and straightforward but it takes courage to make what may seem a giant step to begin the journey. Here’s another guest blog, this time from @alicexelizabeth  a medical student at Peninsula Medical School in England describing her beginnings. 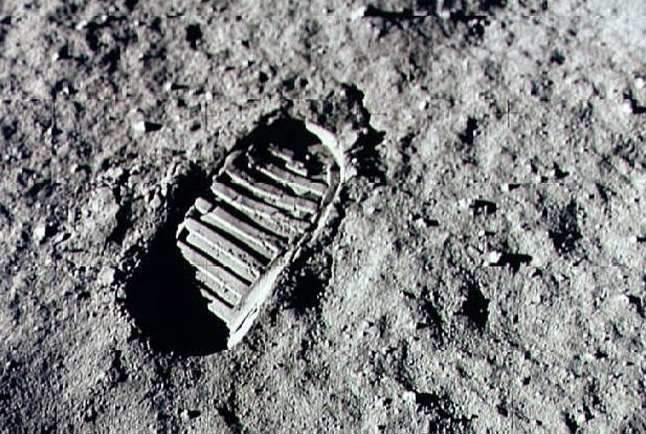 “I was asked by my medical school to present at the fourth year students’ “Doctors as Teachers” SSU conference as I had won the prize for my project the year previously. I was told that I should cover what I did and what I had learnt from it in a 40 to 50 minute presentation. This project happened to last 6 months and the write up was 40,000 words, so fitting it into such a short time frame would be a challenge! I am also very passionate about my project and the subject matter of medical education so was keen to do it justice. I had given presentations before but I had never really felt comfortable with them. I had given a presentation about some research at a national conference a few months previously which I didn’t feel went very well. So being able to give a talk to my peer group with a presentation that was mostly up to me was a good opportunity to try out a new approach.
I have been following @ffolliet on Twitter for several years and was intrigued by his mission to eliminate “death by Powerpoint”! Reading his blog I thought about the presentations I had witnessed previously and realised there was one common connection between all the good ones; engaging the audience and telling a story. I realised that my bullet point and rigid memorising style was probably the reason for my discomfort and nervousness. So I bit the bullet (literally!) and changed my tack. I first determined a “journey” for my presentation story then started producing Powerpoint slides that I thought would best reflect this. I was really light on text and spent most of my time finding good pictures to depict the line of story. I knew that talking to fourth year medical students that I would need to keep things light hearted and humorous if possible, but this came naturally as I was progressing through the presentation slides. The serious “message” was at the end, and I was hoping to have them on my side at that point so they really took it in and understood why it was so important.
When it came to the actual presentation day things went really smoothly. I remember the last presentation I gave and just saying words without really thinking about what I was saying, but this was different. I just picked a few people to focus on and chatted to them really. I kept it natural and told the story I wanted to tell. The audience laughed when they were meant to laugh, which was a good sign! Afterwards I was really struck by the positive feedback I received. Consultants telling a medical student that their presentation was worthy of the keynote speak at a national conference is pretty good! They also came up to me afterwards to talk about it and the students asked if they could have had my presentation before their project instead, which I hope means they identified with the trials and tribulations during my project that I had talked about.
Since this presentation, I don’t think I will ever return to my previous way of doing presentations! I found this a very empowering and confidence boosting experience and would recommend everyone try it out! “

@alicexelizabeth has made her first steps. What is stopping you?