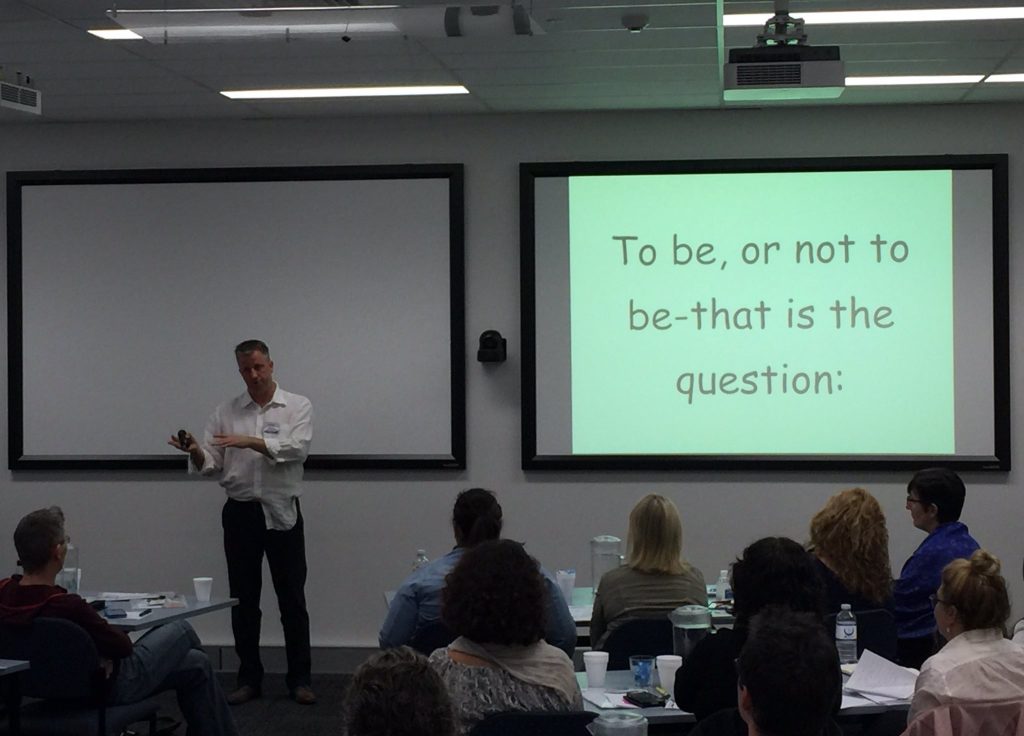 It’s good to remember that I’m just someone with an opinion and that at times I need to be called on that. I’m grateful to Jon Jones (@jmjleeds) for engaging with me on Twitter the other evening and challenging the impression I unintentionally give sometimes of “simply dismissing people’s work purely on the basis of a photo shared through Twitter”. That would be entirely wrong and if I’ve ever given that impression, I apologise.

@ffolliet @Obidoc @_NMay @AMEE_Online true…but there’s a lot of simply dismissing people’s work based on a photo of a slide on Twitter no?

As I hope I explained in the rest of the conversation, firstly it is not to criticise people’s effort as I clearly cannot know of their impact ( p cubed value) but that sadly a slide such as that shown above is often a very good marker of a presentation that could be so much better with a little knowledge and breaking free of the enslavement of standard bulletpoint techniques. The explanation for that is effectively the basis of the whole blog so I won’t go into it further here but the simple maths of p cubed shows us that if your slides set is your script and your story, your overall value is severely limited. I entirely accept that folks have been to a good presentation where this style has been utilised. My point is that even greater value could have been achieved, not the least in retention of the information.

Bulletpoints don’t work, they actively hinder the speaker and challenge the audience. Audiences long for engagement of the speaker, not a recitation of facts. If a long list of facts if required, put that in the handout. Changing your slide set alone will have a huge and beneficial impact on your audience. Try it!I

Importantly, challenge me and raise discussion on this. My presumed expertise does come from a lot of reading and a fair amount of thinking but that does not make me the authority on all matters presentation, just an expressed opinion. Thanks to Jon for his input. What’s yours?